Kapsimotwa Gardens is a serene and secluded site located in the picturesque Nandi Hills, a highland area of lush green rolling hills at the edge of the Great Rift Valley. At about 2000m above sea level, the gardens are part of the Kapsimotwa farm – a huge Tea plantation that dominate the landscape. The farm was established in the 1930s by a British settler called Bushwell. 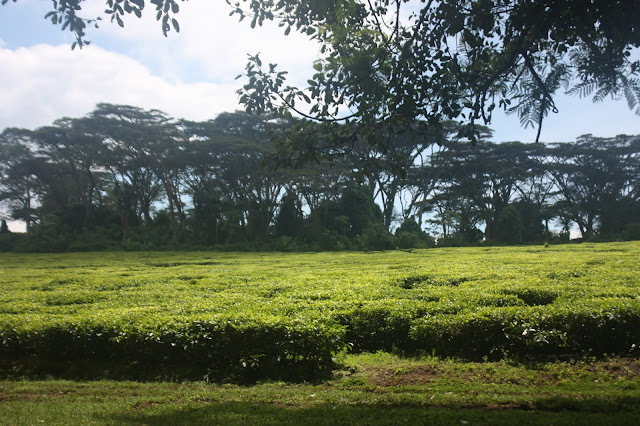 From Kisumu you go to Awasi and turn off to Chemeli, a pictures road framed by lots of Jacaranda trees. Drive up the Nandi Hills to Kapsabet and turn in Kapsabet at the High school to the tea factory. Through all the tea plantations you will reach the garden on an easy drive way. Visitors can also tour the tea farms which were planted in the 1950s. They can also visit tea factories nearby and buy the processed leaves to carry home. The huge green tea fields are already so beautiful but the garden is a jewel. 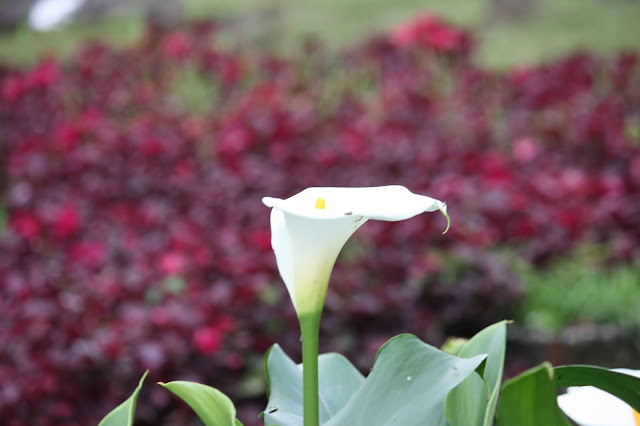 This garden has survived many generations from 1955 when it was started by an Australian white settler named Roy Mayer. She loved nature so much that she planted over 100 different flower species such as the Star of Bethlehem, English Blue bell, African daisy, jasmine, honesty, cardinal flower, Peruvian lily, hibiscus, granny’s bonnet, urn plant, African lilies, red roses and climbing orchids. 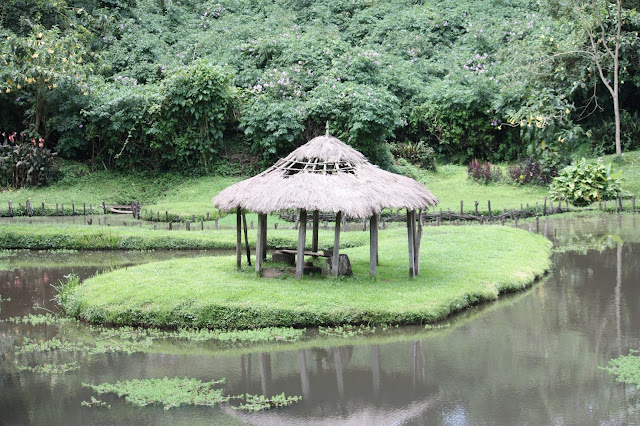 The gardens also boosts of a number of both exotic and indigenous trees such as wild bananas, fountain, Nandi Flame, Nandi gold, Coco palm, Royal palm and bamboo trees. 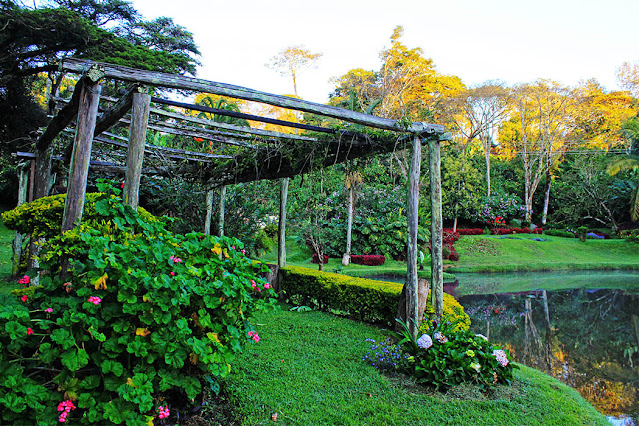 Over the years, the garden has remained intact. In the middle, there are two ponds which are shaped like Australia and Africa continents. The water naturally seeps from a swampy ground and collects in the ponds. 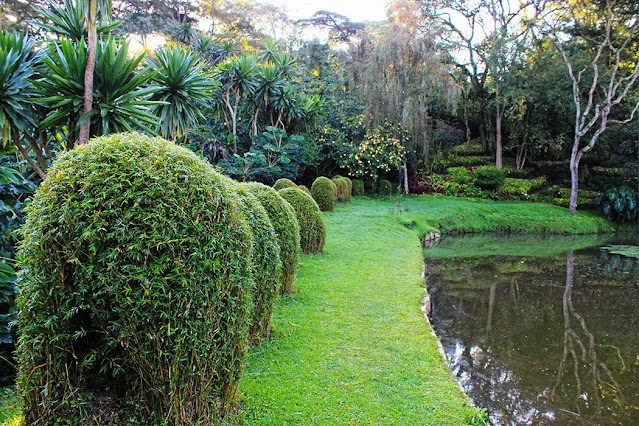 She built also a hotel to attract other White settlers living in Kericho, Nandi as well as foreign tourists. In 1978, she sold the property and the new owner has kept the garden even since. 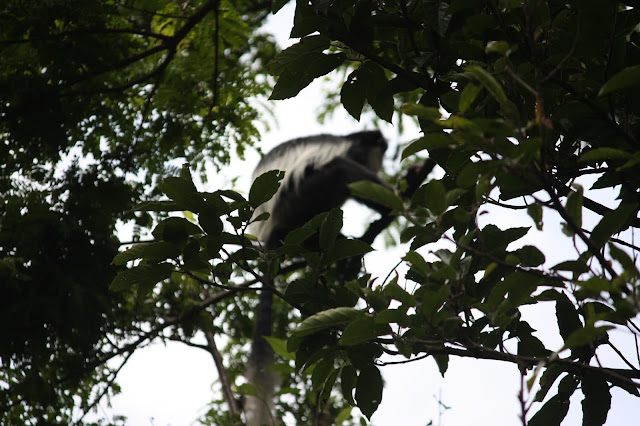 It has become an oasis where families hang out. On one end, there is a one-storey grass-thatched structure where visitors can carry their own food.

If you are lucky, you will see monkeys  like Colobus monkeys at the gardens either at the trees or sometimes even on top of the cars. You should take care of your food because they might snatch it! The Garden is a birding paradise too.

At the highest point of the resort, one can view the breathtaking Lake Victoria in the neighbouring Kisumu county as well as the Kisii hills. 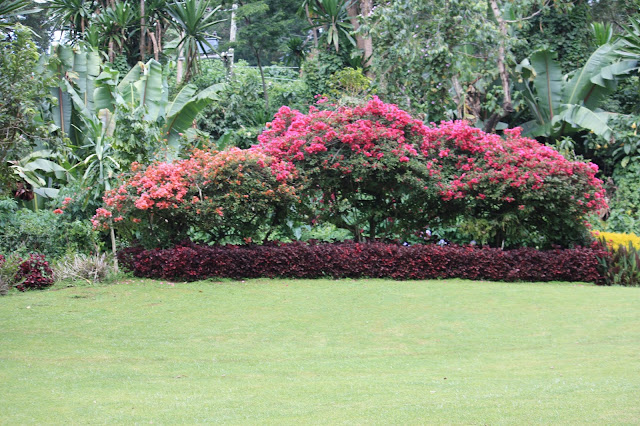 The Nandi Hills are also the burial site of the renowned Nandi seer Koitalel Arap Samoei.  Koitalel Arap Samoei  a supreme chief of the Nandi people of Kenya, who led the Nandi rebellion against the British colonial rule. When British colonials began building the Kenya – Uganda Railway through the Nandi area, he led an eleven-year resistance movement against the railway.  On October 19, 1905, he was invited by British Col. Richard Meinertzhagen under the guise of negotiating a truce, and was instead murdered along with his companions. He was buried under a symbolic tree. On top of Nandi Hills sits Samoei with its red earth. When he was killed, some believe, the ground turned red on the spot of his death.