One of the most fascinating peoples in East Africa are the Maasai. Their colorful pearl jewelry - worn proudly on the ears, neck, wrists and ankles - forms a photogenic contrast to her black skin, which is why she is in almost no illustrated book about East Africa or Photo album of an East Africa traveler is missing.

In addition to its aesthetics, jewelry in many cases also has the function of something about to state the status or origin of the person. The arrangement of colors and Pattern or the combination with the clothes, the hairstyle or the body painting to let on belonging to a certain clan or on social status close - for example whether it is a married, divorced or pregnant woman, one uncircumcised man, a warrior or similar acts.

For example, one recognizes a marriageable, Woman on a headband with small metal plates, that stretches from ear to ear. On the wedding day the bride wears a so-called Entente, a voluminous wedding necklace with long strings of pearls that come down to the knees pass. Only married women are allowed to wear wide leather cords embroidered with pearls (isirutia) to hang in the ears. 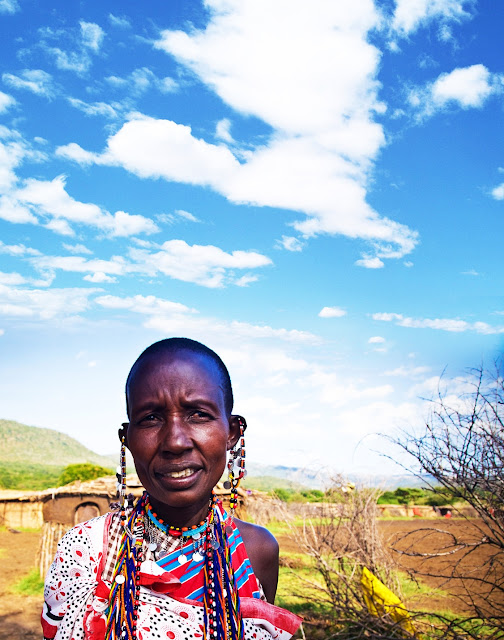 As a token of friendship or affection, women give their chosen ones earrings, Protective amulets, sword belts, necklaces or ankle bands, mostly made of pearls, sometimes but also made of leather, metal or the plaited skin of a goat stomach, the fragrant one and protective plant seeds are pressed in.

When men reach the age of the ilmoran, the warrior, they place very special value on their appearance. In addition to the (pearl) jewelry, which betrays their popularity, many spend them Hours of doing braids in their hair and painting their bodies with ocher colors. To On certain occasions they put on a festive robe that z. B. a lion's mane or a headdress made of ostrich feathers - both symbols of tried and tested courage - can be. Today are Such ornaments are rare, as the killing of lions or ostriches is prohibited by the government is or because modern technology has penetrated into the Kraals. You had to In the past, long waiting for caravans that brought glass beads from India or laboriously the bowels from animals to threads Twist to wind the pearls, that's how the Masai use it industrially today Manufactured plastic beads and nylon threads. 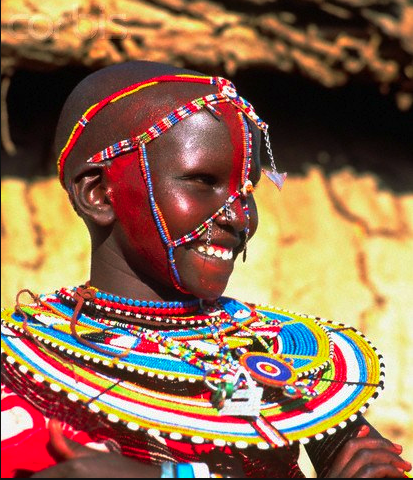 The traditional clothing made from cowhide is now also often replaced by cotton cloths or replaced blankets. Even the sandals are no longer made of leather like they used to be, but increasingly cobbled from old car tires - these "Dunlops" are ideal when it rains or when walking across thorny fields. There is even a copy of these black "flip-flops" in the museum made it to New York for modern art! Meanwhile, the car tire sandals industrial since tourists discovered them as souvenirs. Masai the modern times demonstrate the balancing act between tradition and modernity not only through the mobile phone, mopeds and jeeps, but also through popular brands of sneakers or Designer suits. However, they always wear something red (even if it's just the socks), and at least a traditional bangle. 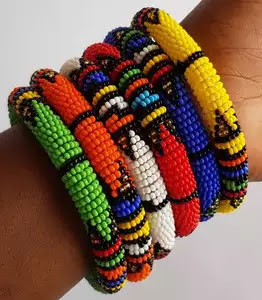