What is the Great Migration

Each year, almost two million wildebeest and over 20,000 plains game migrate from Tanzania's Serengeti to the south of Kenya's Masai Mara in search of lush grazing grounds and life-giving water. This treacherous odessey is dictated by the seasons and rainfall patterns. This epic journey from north to south spans almost 3000 kilometres and is virtually endless. This truly great spectacle of nature is an iconic safari option for avid travellers,nature lovers and those who want a little more from their African experience. 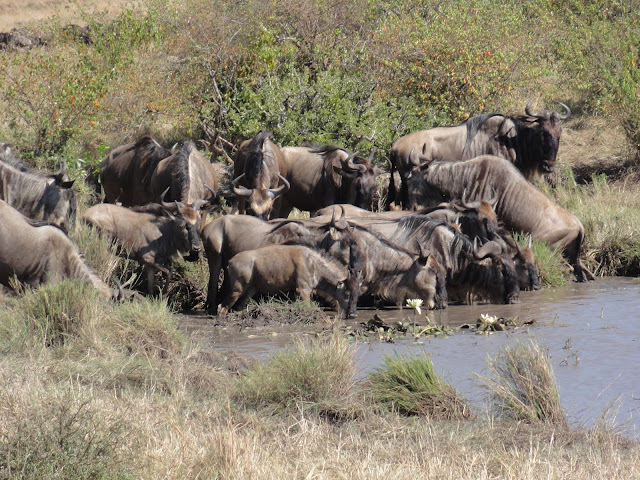 Crocodiles will claim some migrators as they traverse rivers,battling strong currents and not forgetting the confused trampings on the rivers steep shores where the massive herds wet from crossing slide and trample on each other. Lions, leopards and hyenas will run down their share of prey on the plains. But ultimately, collaboration between the region’s two ecosystems will see the herds through danger and ensure their future. Indeed, these ecosystems support more large mammal species than any other place in the world. And they’ve maintained one of the world’s last remaining migrations of large mammals in a relatively unchanged state since the time of the hunter-gatherers. 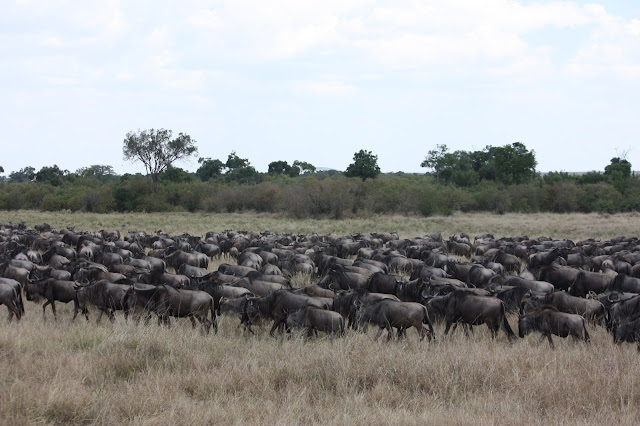 The Great Migration runs in a clockwise circle, the Serengeti’s large herbivores must find the right quality and quantity of grass to support their species. Essentially, the ecosystem of the grasslands produces environmental circumstances that cater perfectly for their needs. More specifically, the ecoregion has the appropriate soil, climate and rainfall. 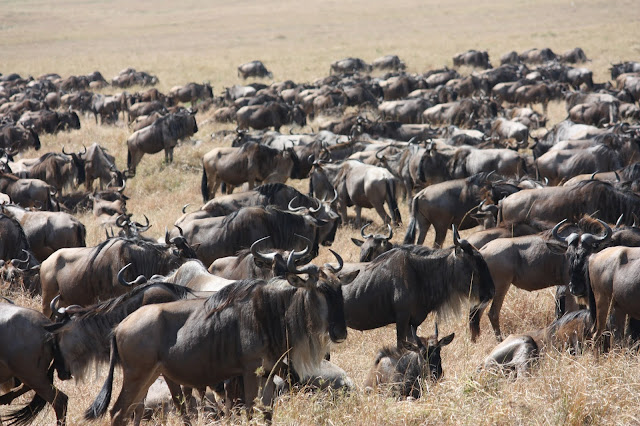 The herds gather for calving season in the Serengeti and Ngorongoro Conservation areas of northern Tanzania during January and February. The birthing takes place over a three-week period and will see more than 400,000 calves born some eight months after mating season. The highest calving rate occurs in February, when an average of 8000 wildebeest are born each day.

From April to May, the Serengeti’s southernmost grass plains start to dry out, causing the herds to migrate west and north towards the woodland of the Western Corridor: their transitional grasslands. Rainfall increases and evaporation decreases as the herds march further away from the Crater Highlands. This movement leads them to different soils and grassland.

By June the rains stop and the drought of Tanzania’s dry season drives the herds further north. At this time, individual groups gather into larger herds and the migrating wildebeest enter their mating season, also called the rut. Upwards of 500 000 cows will mate over a four-week period. 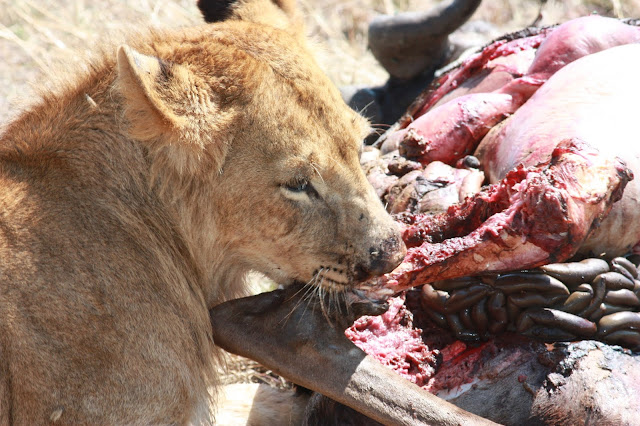 August sees the herds into Kenya and brings the promise of good grazing on the lush plains of the Mara. But first they must flounder in the Mara River’s treacherous waters, their flanks once again exposed to ravenous crocodiles. 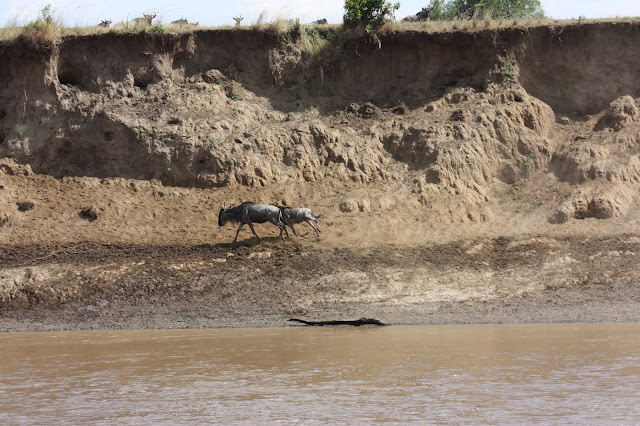 The herds will be far smaller after they cross, having lost hundreds of thousands to starvation, malnutrition, exhaustion, predation and drowning. But each precious species will have done enough to survive. The thriving plains of the Mara will sustain them while the south prepares for their return.

The short rains arrive in November and December, drawing the herds south to the rejuvenated Serengeti plains. More than 90 percent of the cows are heavily pregnant as the tightly packed herds trek back through wooded country, scattering into widely spaced groups once they reach the open plains.

The cycle of life will continue as they graze on fresh, sweet grasses and drink at seasonal waterholes, taking in the continent’s goodness ahead of the birthing season. In a short while, new calves will replenish the herds ahead of the next Great Migration.