Tales of the "Lunatic Express" - Part I

Built during the Scramble for Africa, the „Lunatic Express“ was the one genuinely strategic railway to be constructed in tropical Africa at that time. With steam-powered access to Uganda, the British could transport people and soldiers to ensure their domination of the African Great Lakes region. The Uganda Railway was named after its ultimate destination, for its entire original 1,060-kilometre length actually lay in what would become Kenya. Construction began at the port city of Mombasa in British East Africa in 1896 and finished at the line's terminus, Kisumu, on the eastern shore of Lake Victoria, in 1901. 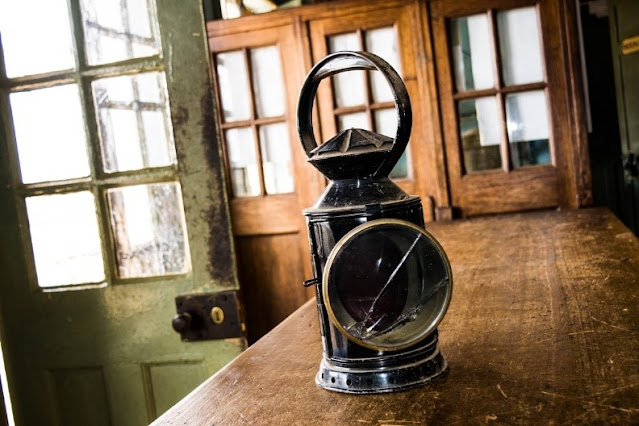 The Man Eaters of Tsavo

They are the infamous Tsavo man-eaters, two lions accused of killing and eating as many as 135 men in Kenya in 1898. The stuff of legend, the deadly Tsavo lions were spoken about in whispers for decades and have since been dramatized in books, movies and even video games. They also remain an active subject of research, as scientists try to unlock clues as to why they killed and how many people they took down. 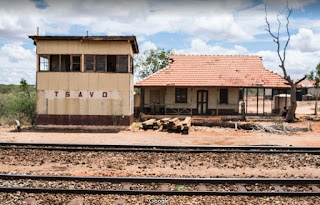 The story of the Tsavo lions begins in March 1898, when a team of Indian workers led by British Lt. Col. John Henry Patterson arrived in Kenya to build a bridge over the Tsavo River, as part of the Kenya-Uganda Railway project. The project, it seems, was doomed from the start. Few of the men at the railhead knew that the name itself was a warning. Tsavo means 'place of slaughter'" in the local language. That actually referred to killings by the Maasai people, who attacked weaker tribes and took no prisoners, but it was still a bad omen. 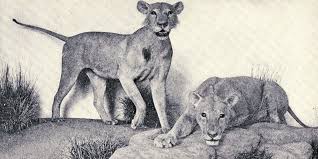 Lt. Col. Patterson and company had only just arrived when they noticed that one of their men, a porter, had gone missing. A search quickly uncovered his mutilated body. Patterson, fearing that a lion had killed his employee, set out the next day to find the beast. Instead he stumbled upon other corpses, all men who had disappeared from previous expeditions.

Almost immediately, a second of Patterson's men disappeared. By April, the count had grown to 17. And this was just the beginning. The killings continued for months as the lions circumvented every fence, barrier and trap erected to keep them out. Hundreds of workers fled the site, putting a stop to bridge construction. Those who remained lived in fear of the night.

The violence didn't end until December, when Patterson finally stalked and killed the two lions that he blamed for the killings. It wasn't an easy hunt. The first lion fell on Dec. 9, but it took Patterson nearly three more weeks to deal with the second. By then, Patterson claimed, the lions had killed a total of 135 people from his crew. (The Ugandan Railway Company downplayed the claim, putting the death toll at just 28.)