What to know while on your first safari?

The reason for going on a safari is to experience the bush and the animals. Wild animals, some African mammals may become aggressive when faced, for example elephants, buffalos, hippopotamus, lions and leopards. Incidents involving these (or other) mammals do happen, but are very rare and can mostly be avoided by behaving wisely. When inside your safari vehicle, you’re safe. When on foot, the basic rules are staying away from areas if you aren’t sure that there are no animals, and staying away from animals that you do see. Any animal of some size may get aggressive if threatened, or if young ones or food are threatened. An animal may behave non-aggressive even though it knows you are there. If you are far enough away, it doesn’t feel threatened by you. But if you move closer, this may change. 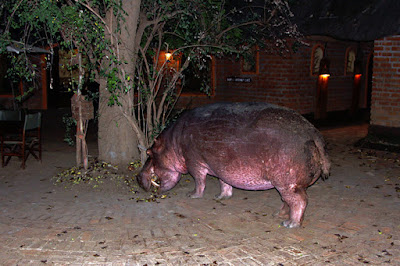 Animals in lodges
You may meet animals, mainly such as monkeys and mongoose, on foot in lodges or tented camps. These animals are rarely dangerous, but they are wild, so keep your distance to them. Even if they behave as were they tame, they may use teeth and claws if feeling threatened. Also keep unattended doors and windows to your room closed, to prevent monkeys and ground squirrels from entering searching for food. Never venture outside the lodge or camp area. If you move within the lodge area at night, for example to see if you can spot some nocturnal animals, you may ask a watchman to escort you. Nights are less safe for you, even within the lodge (unless the lodge is fenced). Wild animals from the surrounding bush may enter the area at night, when the lodge is quiet. 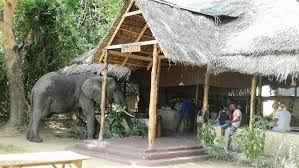 Don’t run from predators
If you meet a large predator while on foot, don’t run. Running may trigger the predator to give chase, and is also quite pointless, as the animal runs twice as fast as you. If there are two of you or more, move together closely; the predator may then see you as one big opponent, instead  of a couple of small ones. In lodge and camp areas, a predator appearing is usually just passing through. Let is pass. Slowly back off. Then inform a watchman or other staff that there are predators around. A predator closing in on you should be told that you don’t like it. Shout at it. Be dangerous. Pelt it with stones if it comes too close. 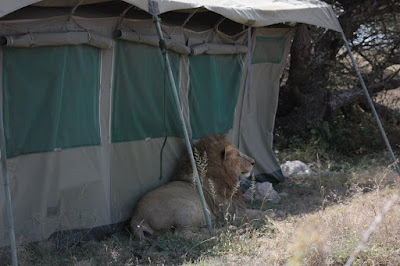 Walking safaris
Meeting animals on foot is part of the walking safari concept. Most animals move away when they become aware of you, which usually happens at some distance. Walking safaris in wildlife areas should always be escorted by an armed ranger. If on foot close to lakes or rivers where crocodiles may be found, you should stay at least 5 m/yd away from the water’s edge. Crocs have good camouflage, and may be hiding in the water to ambush prey approaching on land.

Snakes
It is rare seeing snakes on safaris. Most snakes try to get out of your way when they notice you, so they are gone before you have a chance seeing them. But all don’t, and as some East African species have strong or even deadly venoms, you should always look where you are walking and use a flashlight when walking outdoors at night.
Snakes don’t bite because they are evil, but because they are frightened or feel threatened. For safety easons, you should stay at least two snake lengths away from any snake you can’t identify as harmless. For the reason of not disturbing the animal, you should back away even further.
Never try to handle a snake unless you know what you are doing. Seemingly dead snakes may not be dead at all, and should not be approached. And so on. In short, stay away from snakes. The only snakes that may regard humans as prey are very large pythons, but they are not seen very often. Don’t leave  children unattended where there are pythons around. 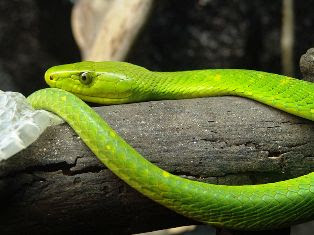 Other reptiles and amphibians
There are no poisonous lizards or frogs in East Africa. The largest lizard, the Nile monitor, is shy but is capable of biting if cornered. Wash your hands after handling reptiles or amphibians (but rather leave them alone). 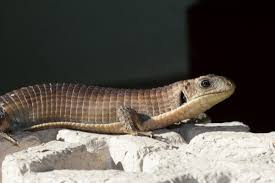 Insects and creeping things
You don’t see that many insects or creeping things during dry seasons. More appear during rainy seasons (including beautiful ones, such as butterflies). The same goes for mosquitoes, which by biting may infect you with malaria, a life-threatening disease unless properly treated.
Mosquitoes thrive in moist and warm areas, and are most common during rainy seasons, near rivers and lakes, and by the coast. The mosquitoes that may carry malaria are active at night.
Tsetse flies, which are active during daytime, may infect you with sleeping sickness. This is very rare to safari-goers, though. The bites hurt a lot, and are reason enough to kill or chase flies out of the vehicle. Avoid storing food in your room or tent, as it may attract ants. 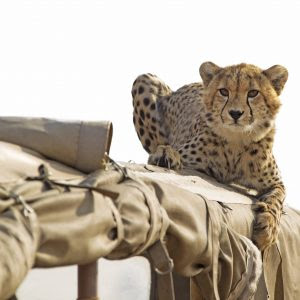