The African wild dog is one of the most endangered creatures on the planet. According to the International Union for Conservation of Nature, there remain only 6,000 across the entire African continent. And their numbers are plummeting. It is not just that these whimsically beautiful beasts are affected by diseases such as rabies or canine distemper, both of which are passed down to them in the belief that dogs have killed their livestock. In reality, however, wild dogs only hunt wild animals. 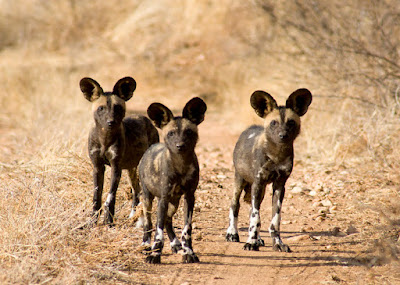 But there is a bigger threat: recent research has revealed that the wild dog is being threatened by climate change. A group of scientists from the Zoological Society of London, the University of Johannesburg and the Botswana Predator Conservation Trust contend that rising global temperatures have affected the dogs ability to hunt and, by inference, to produce healthy pups. Extinction looms. 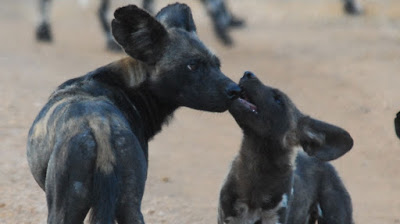 In Kenya, however, there is hope. The Kenyan Rangelands Wild Dog and Cheetah Project has devoted over 15 years to concocting a cocktail of measures designed to allow the dogs to survive in a human-dominated landscape. Domestic livestock has been inoculated against rabies and pastoralists have been taught how to construct more efficient pens for their livestock. 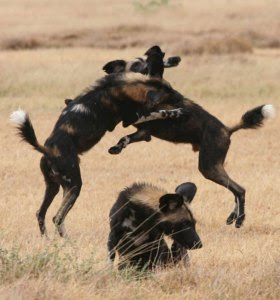 They have also been encouraged to revert to old ways of land use whereby land is set aside for dry season grazing thus leaving areas where the dogs can run free. Over the last decade the numbers have of wild dogs in Samburu-Laikipia region have increased eightfold.

This is good news because not only does the wild dog provide a supreme example of the efficiency of the pack – which works in one accord and for the good of all – but also because the wild dog can trace its ancestry back 40 million years to a creature known as Miacis, which was the ancestor of all wolves and foxes, and of course of the domestic dog.