WHALE SHARK SAFARI - THE OTHER SAFARI IN KENYA

In Kiswahili the whale shark is called “papa shillingi”, translating as shark covered in shillings. There is a local legend that God was so pleased when he created this beautiful fish, that he gave his angels handfuls of gold and silver coins to throw down from heaven onto its back. So it goes that whale sharks have their magical markings and swim near the surface, catching the sun on their backs, as a way of saying thank you to their maker.” EAWST says.

With record sightings as early as October 2019 continuing throughout November, 2020 should be an amazing combo of both October and November. Using a combination of spotter airplanes and waterproof drones that can land on water and film underwater. The East Africa Whale Shark Trust have maximized your chances to snorkel with these gentle giants as never before! They start on the 1st of February up until the 15th of May.

This 2020 research will focus on photo ID, length and gender since every shark has a different spot pattern just like the human fingerprint. EAWST have professional underwater photographers/videographers that will film participants swimming with the biggest fish in the world, combined with aerial shots from the drone. They also snorkel with encountered marine lie such as dolphins and manta rays while their spotter airplanes do turtle counts to collect data for future references.

Did you know that whale sharks grow upto 30 feet and can weigh more than 20 tones? These big fish are predominantly plankton feeders and their life pan ranges between 70 years to 100 years, crazy huh?

With 18 consecutive years, Bassen and his team have been running whale shark research expeditions in Diani. With this kind of experience you do not want to miss out on this adventure. 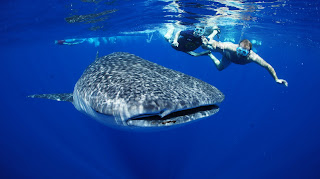 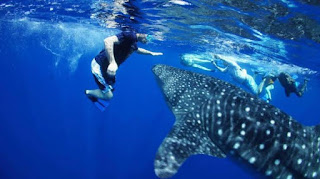