Gorgeous, brilliant green waters lap the shores of sandy beaches, dunes and a dry, desert landscape that looks like something out of this word; with its many volcanic overflows and petrified forests. Welcome to Lake Turkana! The largest permanent desert lake in the world and the most saline of Africa’s large lakes, this beautiful, lonely landscape is a gem waiting to be explored! 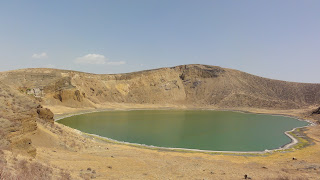 Lake Turkana lies in the Great Rift Valley basin to the north of Kenya, stretching over 250 km in length, longer than the entire Kenyan coastline! It’s fed by 3 rivers with no outflow, losing water only through evaporation in the searing, sometimes 50 degree Celsius daytime temperatures; which make sense seeing as this beautiful lake lies only 300 meters above sea level. It’s this lack of an outflow that contributes to the lakes alkalinity, which is among one of the highest worldwide. 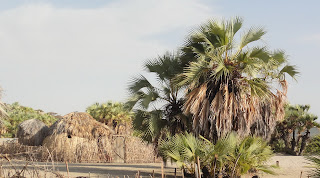 Surrounding the vividly hued, green lake are high sand dunes, lava flows and petrified forests in a desert landscape that’s truly unique and other-worldly, windswept and desolate. The raw, stark beauty of the lake against this backdrop is stunning and adds to the adventure of exploring any of the three national parks in the area. From the remote, volcanically active Central Island, to the wilderness of the South Island National Park, to the arid and dramatic landscapes of Sibiloi National Park; famously known as the ‘Cradle of mankind’ for the early fossils discovered at the Koobi Fora archaeological site! For this, Lake Turkana was declared a UNESCO World Heritage Site. 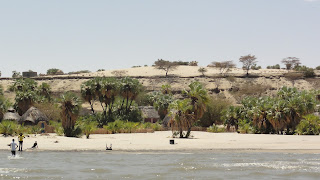 Lake Turkana offers so much for the adventurous traveller, with its mix of amazing and diverse flora and fauna and its spectacular, extra-terrestrial landscape that one might easily think was devoid of life. However, this lake is home to the largest crocodile colony in the world, and is the largest breeding ground anywhere, of Nile crocodiles too! These powerful creatures can grow to immense sizes in this unique ecosystem, especially those found on Central Island, spending their days sunning themselves on the shores of the lake or lurking in the opaque waters… The ‘Jade Sea’ is also home to large populations of hippo, a number of venomous snake species and a countless birds too, as it’s a vital stop-over on their migratory routes. 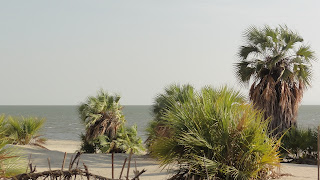 Even though this hidden gem is over-looked in favour of ‘popular’ destinations such as the coast, Lake Turkana promises nothing but adventure and the exciting thrill of being completely in the wild; immersed in and surrounded by miles and miles of untouched, pristine nature. You’ll have an unforgettable time exploring the unique terrain and the one of a kind waters, but be sure to watch out for the notoriously strong desert winds that come out of nowhere and whip up the calm lake causing sudden storms… All just part of the wild, untamed beauty that is the Jade Sea.

Want to experience this unique magic and beauty? Adventure with us!