CHIMP TREKKING – where to find them in the wild.

Chimpanzee trekking is much more affordable than Gorilla trekking. Between 75 -150 USD is a Chimp permit in East Africa. The might be harder to spot than Gorillas but it´s amazing to observe there “human” habits in the wild. 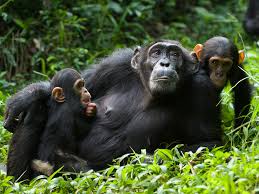 Best place to spot them is probably Kibale Forest in Uganda. The forest has the highest number of primates in the world. The chimp viewing might be less intimidate than in Tanzania but there is a plenty of other primates to see as well like grey cheeked mongabey, red tailed monkey and different type of Colobus monkeys. Permit for non –resident goes for 150 USD and East African residents 27 USD. 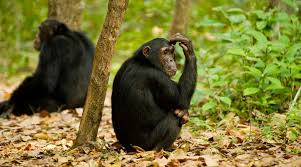 The Mahale Mountains in Western Tanzania rising over Lake Tanganyika and are the most dramatic and scenic Chimp spot. Travelers can only reach there by boat or plane and have to spend a few days to spot them. Permit goes for 80 USD for non- residents and 2,50 USD for East African residents. 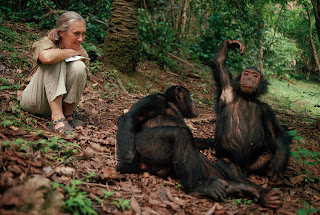 Less dramatic than Mahale and easier to reach but involve also a boat ride at Lake Tanganyika are the chimps in Gombe, Western Tanzania. Jane Goodall´s documentary brought the reserve to prominence. Depending on the season trekking here can be strenuous and involving long hikes. Like in Mahale the chimps offering possibilities for close viewing. Non – residents pay 100 USD and East African resident 5 USD per permit.