Coffee plantations in Kiambu, Kenya and the old Millstones.

Coffee has been part of Kenya since as early as 1910. Factories such as Fairview and Kogeria were established between 1910- 1912. Demand for Kenya’s coffee has grown through the years locally and internationally. Today, it is among the top African coffee blends sought after by more savvy coffee takers.

In 1966, Fergus & Angela McCartney were living at the Fairview Estate, where Fergus had taken over the management of the coffee estate, and it was during their time here that they came across two old iron-bound millstones. The stones were one of their treasured processions and moved around with them through the years to the different coffee estates Fergus worked at. In the 80’s the movie “Out of Africa” was being filled here in Kenya. The film directors were looking for Millstones to use in the film and heard of their millstones. The McCartney’s were more than happy to share this piece of history with the world and as such the millstones together with an old oxcart were featured in the film.

Eventually, after their long love affair with Kenya came to an end and they moved back to England. But not before finding a loving home for the millstones as they could not take them. Today they are at a private home in Naivasha.

Around Nairobi, there are still a few coffee farms. Such as The Fairview Coffee Estate, Karunguru Coffee, or Paradise Lost.  Take a tour with us and enjoy coffee while you have a day in Nairobi or whilst on our Kenya North safari enjoy coffee at Kiburi at the foot of Mount Kenya.Visit Kenya and enjoy the coffee. 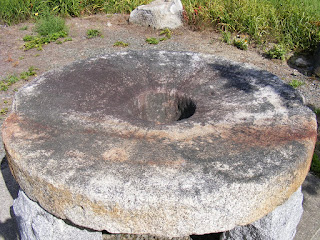 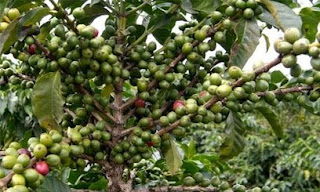 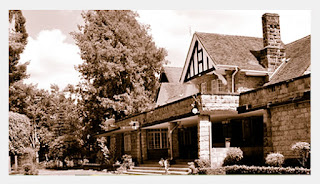