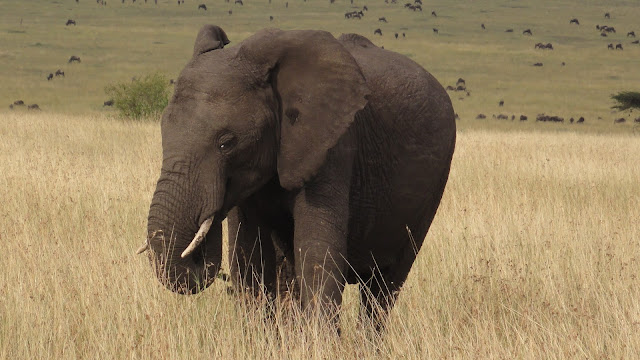 You are a nature lover and you always dreamed of an african safari? But just sitting in the car for photos isn´t what you had in your mind? We can help you out. On our Maasai Mara safaris we work with the Mara Elephant Project.Remind us if you plan your next holiday to East Africa.

Even in one of the world’s best-known national parks, elephants are in peril. The Mara Elephant Project (MEP) is a two-pronged project, which aims to better understand and protect the elephants of the Mara- Serengeti ecosystem. The research arm of the project, which STE spearheads, is working to determine elephant corridors and movement patterns, particularly those that cross borders into the Serengeti. The other arm of the project, the Quick Response Unit, is ran by the Mara Conservancy and Seiya and is on the front line of the anti-poaching war in the Mara. The project also aims to alleviate Human Elephant Conflicts, by tracking problem elephants’ movements and deploying Quick Response Teams to intervene during conflicts. The ultimate goal is to protect the elephants of the Mara using tracking technology that will guide long-term plans to secure elephant areas into perpetuity.

The project was founded by Save the Elephants with Richard Roberts and Susan Fehsenfeld in 2011. Marc Goss currently manages the project with Brian Heath who founded the Mara Triangle Conservation Area in 2001. Vitally, KWS has teamed up with the project’s own 32 rangers to furnish daily patrols, track collared elephants, and intercept poachers.

Using innovative technology such as Google Earth, STE analysts are given near real-time information on the location and movement of the collared elephants. Dr Iain Douglas-Hamilton was one of the first to use radio tracking on collared elephants. Today, the technology includes ESRI software, which clarifies GPS information. There are currently 15 collared elephants being monitored by MEP, these elephants are either problem elephants (such as crop raiders) or need extra protection due to large tusks. The tracking data also helps the team understand why elephants visit certain hotspots, steak to other areas, when they visit unsafe areas, and farmed areas. The successful tracking abilities of STE is particularly impressive considering the 6000km2 area included in the Mara Elephant Project.

So far the Mara Elephant Project has arrested 88 individuals including 14 ivory dealers, 27 ivory poachers, 14 bush-meat poachers, 11 poachers with leopard skins, 2 poachers with python skins, 7 armed gang members and 2 loggers.This represents a significant reduction in the environmental criminals in the area. The project, despite still being in early stages, has dramatically reduced the number of elephants killed each month in the area. The project also enjoys the appreciation of the local Maasai and the KWS.

While a Maasai Mara Safari we visit the rangers there and offer the following program for our travelers:


Tracking Activity:
Join us to save the african elephants in the Mara Serengeti Ecosystem. They project needs support from spreading the word to donations. Sustainable tourism is important to us and should become important  everywhere in the world. 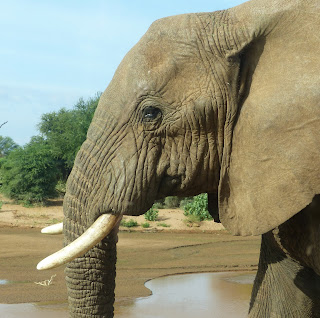